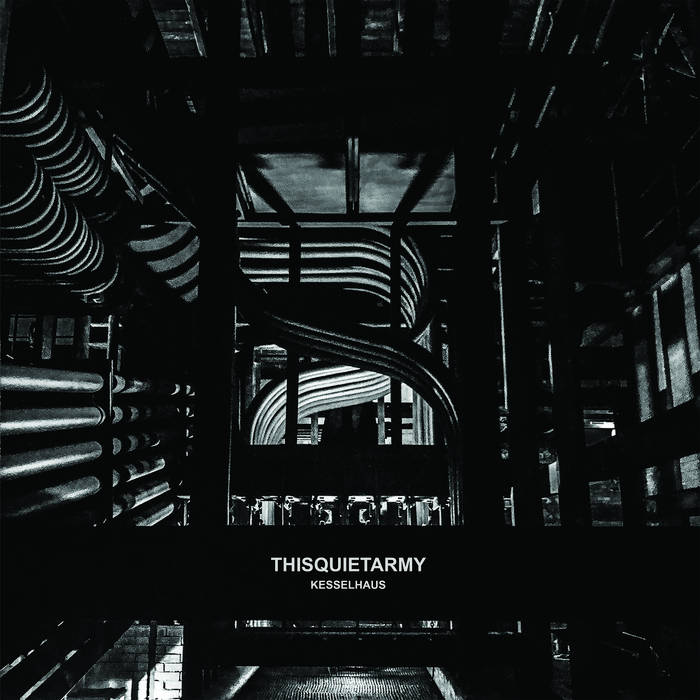 Jacques vd Himst Soooo looking forward to the 17th of April. Teaser Cult of Culture is already too good to be true.

arbitify Very happy to support thisquietarmy in difficult times. Steppe is one of my favorite albums of the last few years. Judging by the first prerelease track, this one will be great as well.

Edited to add: Now that I've heard the full album, it easily lives up to my expectations.

*** NOTE: THISQUIETARMY - EUROPE TOUR 2020 - CANCELED
This pre-order serves as a fundraiser the canceled tour until April 18. Read below:

As you may know, I had to cancel my European tour of 24 dates from March 18 to April 18 in France, Belgium, Switzerland, Germany, Poland, Lithuania, Latvia, Estonia & Finland. Luckily, I managed to do some damage control before heading to Europe and I was able to partially minimize expenses & financial losses (though some full and partial plane/train/bus tickets will still be lost in the end). The real loss however is all the time, stress and energy it took during the last 6 months to book the tour and nothing to show for it: the concert fees, the merch income, the tour life adventures and its numerous headaches, the reunion with friends and the meeting of new ones, the gathering of people for their love of music, and lastly - my sanity, having already been in some sort of confinement for 4 months, called the great Canadian winter hibernation.

But of course, my situation is far from being unique and that is the beauty of this apocalyptic context. Though, this is the reason why this pre-order is set up at a higher price than usual (even if it is justified by it being a double album totaling 85+ mins of music) with the option to pay more if your financial situation allows it.

Obviously, those who prefer physical media can head over to Midira Records to pre-order the LP+CD there, as I'm not sure when I'll get my artist copies.

All the best and stay safe!
Eric.


THISQUIETARMY
KESSELHAUS
After the highly acclaimed album “Democracy of Dust” and the anniversary double CD reissue of his debut album “Unconquered”, thisquietarmy returns to Midira with his new solo album “Kesselhaus”.

“Kesselhaus” is somehow a concept album, featuring tracks that got recorded during 2019, inspired by several Berlin visits in the last 10 years. Eric Quach travelled a lot of times to Berlin for various professional and personal reasons. Visiting small noise shows, famous techno clubs, exploring historic and abandoned spaces and seeing how a city transforms itself every time he came back, were the reason why this album became what it is now: a massive loud noise-drone album with techno and black metal elements.

One of the most present influences is the venue at Museum Kesselhaus Herzberge in Lichtenberg, where thisquietarmy played twice. The industrial surrounding isn´t just featured on the artwork, it also influenced the sound of the album.

The album features eight tracks, splitted on three formats. 6 tracks are pressed on vinyl, “Spätkauf Crawl” is just available as download and the epic 35minutes long “Another Nail in the Coffin of the Corpse of a Free City” is featured as standalone track on CD, that comes with every vinyl.

If you are used to thisquietarmy you might expect a signature sound, but after putting the needle on the vinyl, you will hear something completely new. You will need some time to figure out, that there is still a typical thisquietarmy sound, but during that sound journey you will discover a lot more influences.

“Kesselhaus” will be released in an edition of 250 copies with reverseboard printed gatefold artwork designed by Eric Quach. 150 copies will come on black vinyl and 100 copies will appear on clear transparent vinyl. Every vinyl comes with a CD and a download code. All sounds got mastered for vinyl and digital listening by James Plotkin.

*only digital track
**only available on vinyl companion CD

All sounds and visuals by Eric Quach
Mastered by James Plotkin